The utter irony would be delightful if it was not so horrific!

So many people have died from blood clots resulting from the COVID injections that the airlines are afraid of “vaccinated” passengers dropping dead at 30’000 feet up in the air!

In fact, very soon, there may be hardly any planes flying at all. British Airways are in crisis talks with the UK Government because 4 perfectly healthy pilots have died after taking the COVID jabs – and apparently up to 85% of their pilots and cabin staff have already taken the COVID injection.

Indian Airways and American Airlines are also cutting flights because of pilot shortages.

Is it safe for pilots to fly? Is it safe for anyone to fly? Are people (including pilots) going to drop dead mid-flight? NOBODY knows! 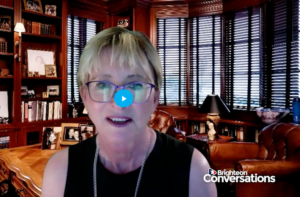 Dr. Lee Merritt is interviewed by Mike Adams, the Health Ranger to discuss the dangers of flying after the COVID injection, pilot deaths after receiving the COVID jab, pilot shortages and more . .

And there is more irony. It appears that people who have taken the fake PCR tests in order to be allowed to fly, might also in danger of dying from blood clots – especially whilst traveling in a plane!

Why? Because there is growing evidence that (some of) the swabs used to take the samples for the fake PCR tests contain hollow fibres filled with hydrogel beads developed by DARPA. The gel sticks to the inside of your nose. Then when it comes into contact with organic material, it is activated and the nano particles in it start moving towards your pineal gland, and can cause blood clots in the brain.

Not only this, but some of the swabs made in China are coated in a substance known as Ethylene Oxide (E.O.), a carcinogenic known to cause cancer.

From the National Cancer Institute (USA) “The ability of ethylene oxide to damage DNA makes it an effective sterilizing agent but also accounts for its cancer-causing activity”.

So, the PCR tests you agreed to in order to be allowed to fly might actually be killing you – and it is possible that the more tests you take, the greater the likelihood of harm.

And of course you already know about the tiny synthetic creatures found crawling on (some of) the face masks, and the accumulation of bacteria which can cause deadly lung infections over time. Yet you agree to wear a mask for hours continuously on a plane?

The bottom line is that the Death Cult is out to kill you anyway they can. They will ensure that billions of people die over the next two years, in line with their objective of population reduction.

Maybe you should have heeded the wise words of Benjamin Franklin, who said:

“Those who would give up essential liberty to purchase a little temporary safety, deserve neither and will lose both”

If you have not already stopped playing their game (as I did long ago), then maybe NOW is the time. Maybe there is still time to save yourself, your children and your family.

If you can summon up the courage to say “NO” to fake vaccines, “NO” to fake PCR Tests, “NO” to useless face masks, then you can find alternative ways to do what you need to do, but if you don’t look for them, you won’t find them.

You must realize by now that this will only end WHEN WE END IT – and we have the power to end it whenever we want. Civil Disobedience is the answer. Just say “NO” and stop complying with your own enslavement (and programmed death)!

You need to say “NO” now. Time is running out.